Our first local map campaign. The rules didn't really work, but it had some features that has showed up in all later campaigns. These include having two players per team, five rounds of three weeks each and a quite abstract way of handeling armies (i.e. armies have never moved around the map around here but only show up when they attack something).

The map for the campaign was made by printing out copies of the old Mighty Empires tiles (downloadable from the Specialist Games website) and gluing them onto a sheet of carton. Ownership was marked with wooden tokens painted in the appropriate colours (we have kept them for all later campaigns), while features were not represented on the map. This was also before our maps went digital and they were handled simply by taking a picture of the map (amusingly, this was why we ended up using these big tokens instead of any type of little flag).

Major flaws of this campaign include: Too much book-keeping needed to keep track of the features (far too many types and you could build lots per territory), the realms started too far away from each other, attacking neutral features was more interesting than attacking other players, you rolled dice to conquer territories (the random factor was generally too high) and the army-specific rules were too difficult to balance. 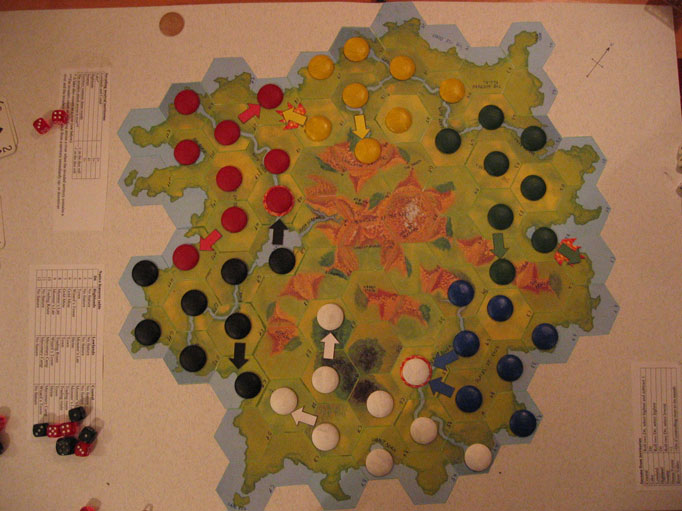