Our fourth local map campaign. By now the campaign rules were working quite smoothly and the improvements were mostly to the character section and trying to balance team battles (again). One experience from the previous set of rules was that when you sent a detachment from your army to support another, the part that was left was often so small that you had no real chance in battle, which often lead to the outnumbered player fighting very defensively and gave a quite boring battle for both players. The rules for earning Glory was fixed a bit after complaints that some armies had a much easier time in earning Glory than others (it was quite difficult for a Wizard to get much Glory, for example). Meanwhile, territories became more similar to each other, which made the book-keeping easier.

As there was not so much extra work needed on the rules, I instead went ahead and added lots more army-specific rules, which cluttered things up a bit, but at least I was experienced enough to make them more balanced this time around.

The scenario rules also got updated, with the latest incarnation being a bit better than the previous ones, which made terrain really dangerous things you wanted to stay away from. Now you were not necessarily safe, even if you were some distance away. 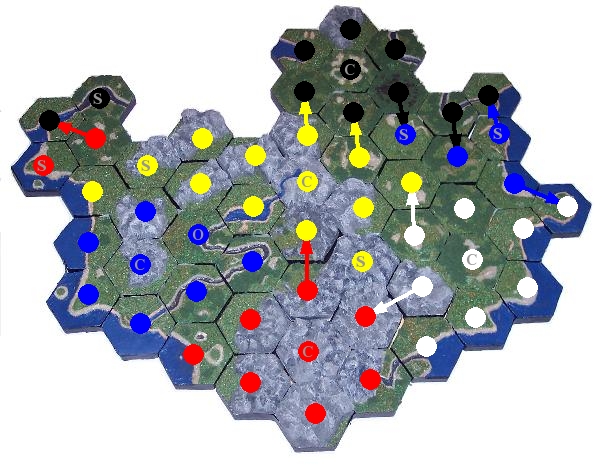